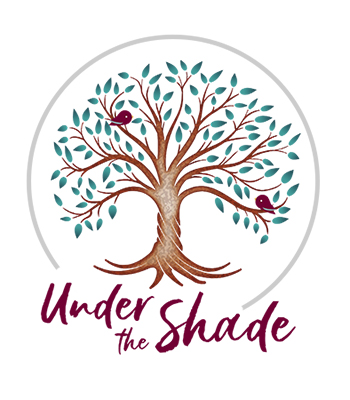 Under the Shade exists to create transformational change in people’s health and vitality. We want to share information. But we also want to create opportunities for that information to be translated into powerful knowledge through lived and shared experience. At the heart of our model is experiential education. This provides an opportunity for information to come to life, to be felt and experienced, and for real change. It’s one thing to talk about ideas, it’s quite another thing for people to have opportunities to interact with those ideas in ways that lead to embodying the changes they have been seeking. We want to be providing these experiences and opportunities for the people we are journeying with.

At the heart of being disempowered is a belief that we do not have the power to change our own circumstances. This disempowerment can be experienced by both Indigenous and non- Indigenous people. Experiential education demonstrates that we do have power and cultivates the motivation and hope that not only are we powerful to change our own circumstances – we have energy and vitality to contribute to changing the world around us.

We want to empower all people with the knowledge that they are designed to experience vitality, and to equip people with the tools and experience to achieve this. We want all people to appreciate and value the richness of Indigenous cultures, and the wisdom held there for turning around the devastating epidemic of chronic disease that is currently crippling not only Indigenous communities, but dominant culture societies as well.

The Gap in life expectancy and health outcomes between Indigenous and non- Indigenous Australians is often limited to the hearing of depressing statistics for most people. But these statistics look and feel like something in reality. Indigenous communities are dealing with constant funerals, constant grief, constant loss. The burden of disease also means people are dealing with their own ill health and that of loved ones, whilst trying to navigate the complex socio- economic challenges faced on a daily basis.

Good health is foundational to our ability to have the strength, energy and clarity that we need. Many people living in Indigenous communities have no access to knowledge about the underlying causes of the crisis they are facing, or the powerful tools like nutrition that can help turn it around.

I first stumbled on the impact of experiential education when I shared food with a sick Yolngu friend, Dianne Birritjalawuy. I had been close to Dianne for many years, and shared a lot of information about health. Sharing this information had made no impact on Dianne’s poor health, however sharing the experience of what nutritious food can do, proved to be transformative in her life.

Dianne experienced profound change when eating nutritious food. This experience motivated her to understand what she was experiencing, to learn more about nutrition, and to learn how to cook and maintain these changes for herself. All of a sudden, Dianne had energy and passion to share her experience with others in her family and community. The impact spread throughout her community.

When I started community development work over 10 years ago, I thought I was coming to “help” disempowered people. I soon realised that I was just as disempowered as anyone and that Indigenous people actually held much of the wisdom that we all needed. Again, experiential learning was really at the heart of my own journey. The privilege of living and raising my children in a remote community, learning the local language and being given the opportunity to share life, participate in traditional ceremony and develop deep relationships with incredible, generous, patient women. These experiences constantly rubbed up against my way of thinking and being, and gradually changed the way I understand myself and my own worldview.

Like most Australians in my generation and subsequent generations up to the present time, I was raised on the food pyramid model of nutrition. Its not as though I received a deep education about health, nutrition or food. I grew up eating meat and three veg, and moved to a diet of mainly takeaway processed foods – high in sugar and low in nutritional value, as soon as I left home and moved out into the big wide world.

A few years ago, by then in my mid 40’s, I found myself in the position of being overweight and unhealthy. I weighed 122kg (I’m 177cm tall), constantly experienced fatigue and a lack of energy, and my body was riddled with inflammation and discomfort. A friend had recommended I read the book Sweet Poison, by David Gillespie. Around the same time, I had watched the documentary Supersize Me, a crazy distressing documentary about only consuming processed sugar and McDonalds for a month! I became convinced of how damaging processed sugar was in my diet and resolved to cut it out as best as I could.

Over the next 3 months I lost a total of 25kg by just cutting sugar from my diet. I had no knowledge about what I could and should eat in its place. I was feeling very different in my body and mind and could recognise that I was starting to experience what good health actually feels like. At that time my path intersected again with Dr. Kama Mico and the work she was doing in health and nutrition with Yolngu from Arnhem Land. Suddenly a wealth of knowledge and information about health, food and nutrition was accessible to me!

Over the past thirteen years and across four states, I have been working with Indigenous people and remote Indigenous communities in one role or another – in the areas of community development; education and training; health; governance, and Christian ministry. My work with Indigenous peoples has been characterised by a single repetitive theme. Indigenous people are generally chronically unwell and are dying way too young. It seemed that whenever there was momentum and motivation starting to happen in any of the work I did with Indigenous people, in any field, it would be consistently undermined and cut short by the devastation caused by preventable chronic disease and premature death. People are struggling to keep their heads above the tsunami of funerals let alone progress the dreams and hopes of their families and communities.

I’ve lost count of the instances and experiences of strong courageous Indigenous leaders in communities establishing momentum in important work, only to be cut down by preventable chronic disease or premature death. I have become convinced that a transformation in the health of Indigenous people will lay a foundation for transformation and change in every other area of life. When people experience good health and have vitality and are able to think clearly – there is energy and motivation for work, life and play. 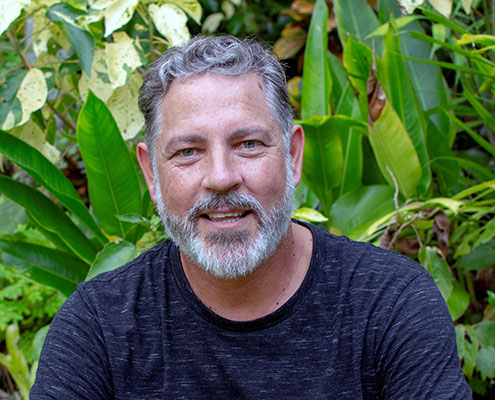 Experiential Education – a key to empowerment

We have walked alongside many Indigenous families in remote communities, offering experiential education intensives at health retreats, working to facilitate an experience of good health. We have seen this approach change lives and are convinced that this aspect of our model is key to empowering Indigenous communities to turn around this health crisis.

We use a diet model consistent with traditional Indigenous diets, in an education framework that places Indigenous knowledge at the forefront. Wherever possible we work with Indigenous people in their own language.

Experiential education can be a circuit breaker for many obstacles to growth. It is a powerful way to be convinced of new information, as you physically experience the impact. Experiencing health can break cycles perpetuated by malnutrition, addiction, lack of energy and clarity, by bringing people to a new place of strength, from which you can receive new information and have the energy and motivation to implement change.

Your life is not changed by someone else’s experience. Another’s experience can inspire us, however we are each on our own journey. We can’t be empowered by mere ideas. Being empowered happens on the inside. It happens from lived experience, from knowing something in our being.

Many people have not had an opportunity to experience that their own personal actions and choices in what they consume and bring into their body has a profound impact on their wellbeing. Being given an opportunity to experience the impact that our own choices have on our own health, is a tangible experience of changing our own world. An experience of empowerment. Knowledge gives power, but also brings responsibility. If we understand the impact our own choices make, we can stand up and claim our power. Without the knowledge we do not have this choice.

Under the Shade offers experiential education intensives for Indigenous participants in the form of Health Retreats, where people get to live and experience our health and nutrition framework. This is usually a 10 day program that enables people to detox and emerge feeling strong. Good food and movement are combined with education and individual health consultations.

This intensive experience is transformative and powerful, but is only the start of a longer journey to implement change. Many complex socio-economic barriers exist for Indigenous communities to make change in this domain. We have seen time and time again that this experience is game changing in equipping people with a deep understanding that there is a pathway to good health. This experience is essential to them being in the driver’s seat to make change a reality in their community.

There are few resources available that have proven effective in the contexts we are working. When someone from the mainstream culture decides they want to improve their health, there is literally a myriad of places for them to turn to for information and support. There are any number of books, online programs, practitioners, groups. All readily accessible, all in their first language. There is a great need to establish these support frameworks and resources for Indigenous communities. We also need local people empowered to drive things in their own way.

The Under the Shade model stays alongside participants as they return to their communities to forge new pathways. UTS continues to develop resources that can support these leaders to develop their own models and programs in their own communities. We provide education that continues to build on what has been introduced during the health retreat, along with practical skills development in areas such as cooking and the training of local health coaches.

There is much work to be done to equip people with the tools and experiences they need to overcome this devastating epidemic of preventable chronic disease. We are working with a model and a pathway that is powerful, and we would love you to join us in this work.